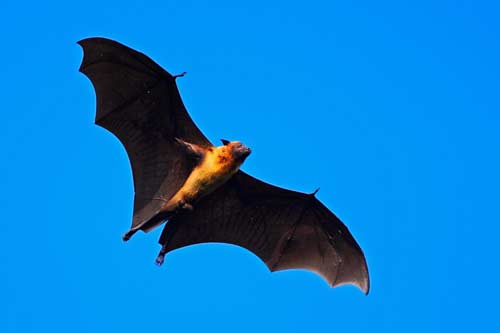 When there are bats in your home or school or business, no one is happy except the bats. They can pose all sorts of health hazards, from their disease carrying droppings to the possibility of bats being a carrier of rabies.

Bats are a tremendous benefit to the environment by eating thousands of mosquitoes every night, but nesting in your attic is another story. 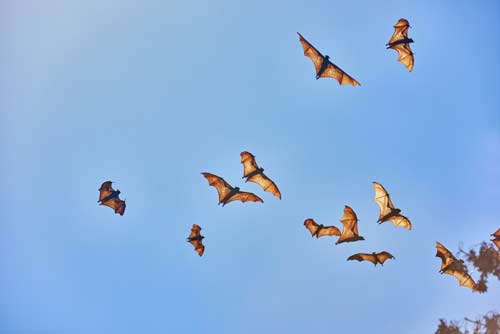 The only mammal capable of flight…and one of the most misunderstood.

About 1,000 species of bats inhabit our planet and each has its own culture: unique patterns of behavior, roosting preferences, etc.

The U.S. government provides protection against harming bats, and rightfully so, since their contribution to the agriculture industry is well documented. However… Bats in your business or home should be removed.

A call to your local animal or pest control may not provide the solution you seek.But a call to Debugger Pest Control is a guarantee that your unwanted bats will be gone safely. Contrary to popular belief, bats are not blind and they do not try to become tangled in hair.

Bats are not related to rodents. In fact, fruit bats may soon be reclassified as primates!

Bats are the only flying mammals in the world. (Flying squirrels do not fly, they glide!)

Of the world’s 1000+ species, only three are vampire bats, limited mostly to Latin America. Vampire bats do not attack humans. They are very small and generally drink the blood of animals and poultry. Seventy percent of all bat species eat insects; most of the remaining 30% eat fruit, pollen and nectar.

Less than one-half of one percent of bats contract rabies. However, a grounded bat should never be handled because it may bite in self-defense. Call a wildlife rehabilitator or an animal organization for help. 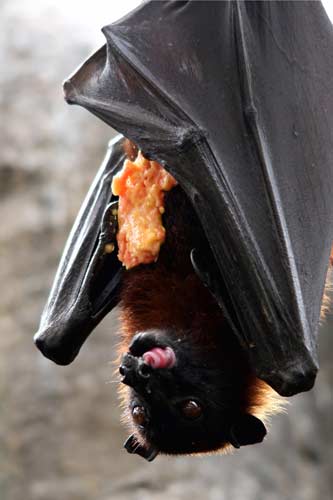 Bats are vital to the ecosystem! Fruit bats bring us over 450 commercial products, including 80 medicines. The seed dispersal and pollination activities of fruit and nectar eating bats are vital to the survival of rain forests. Seeds dropped by tropical bats account for up to 95% of forest re-growth on cleared land. Night blooming plants and trees depend on nectar eating bats for pollination. An excellent example is the baobab tree of eastern Africa that is so important to the survival of other kinds of wildlife it is referred to as the “Tree of Life.”

Bats in the US eat millions of tons of insects annually. Alarmingly, bats are disappearing worldwide. They are now considered the most endangered land mammal in North America.

Bats are such unique mammals that scientists have placed them in a group of their own, the Chiroptera, which means hand-wing. Bats are of the grand order, Archonta, grouped together with monkeys and flying lemurs.

Bats amount to approximately a quarter of all mammal species. They are found everywhere in the world except in the most extreme desert and polar regions.

Most bats navigate with high-frequency sounds. Using sound alone, they can detect obstacles as fine as a human hair in total darkness. The sophistication of their unique echolocation system surpasses current scientific knowledge!

HOW DO I GET BATS OUT OF MY BUILDING – WHAT DOES AND DOESN’T WORK?

Repellent devices are not effective. One Chicago manufacturer was fined $45,000 by the EPA for misleading claims about an ultrasonic device. In fact, when ultrasonic devices were tested by bat experts some of them actually attracted bats!

Moth balls are not effective because they evaporate quickly and require frequent replacement. Additionally, chemical toxicants should never be used to solve bat problems. In fact, it is a violation of federal law to use a chemical in any way other than for what it is strictly intended. Currently, there are no poisons or chemicals licensed for use against bats. Poisoning bats is illegal and, in fact, may create health hazards and liabilities for property owners. Poisoned bats will die inside the walls and ceiling, creating bacteria and odor, and dying bats may fall to the ground both inside and outside the property where they are more likely to come into contact with children and pets.

At Debugger Pest Control we use a safe, humane way to evict bats from a building by exclusion, a method of using netting to create one-way valves that allow bats to leave the roost but then prevents them from re-entering.


How can I keep bats out of my home?

The big brown bat is found throughout most of the United States and Canada. It feeds principally on beetles. Things to remember when “bat-proofing”

During summer, many young bats are unable to fly. If you exclude adult bats during this time, you must be very careful as the young bats may not be ready to fly. Thus, if possible, avoid exclusion from May through August.